There was silence during the night curfew and people appeared in the same area in the morning.

Due to the rising corona cases in Gujarat, a 57-hour curfew was imposed in Ahmedabad, Vadodara, Rajkot and Surat at night. CM Vijay Rupani said on Sunday that only night curfew would be imposed in these cities from Monday and it would be strictly observed.

Night curfew was successful in these cities, but daytime congestion increased again and Corona’s guidelines were set aside. The fear of infections among the people is decreasing day by day. This is evident in the photos that emerged.

Fear of lockdown among the people, hence buying ration
When Bhaskar’s team spoke to the public about this, it was found that people were afraid of lockdown. However, the government said the lockdown would not be imposed, but people were not ready to believe it. Many said in the same way that the lockdown was gradually extended and ended with starvation. Buy at least and keep food and drink. 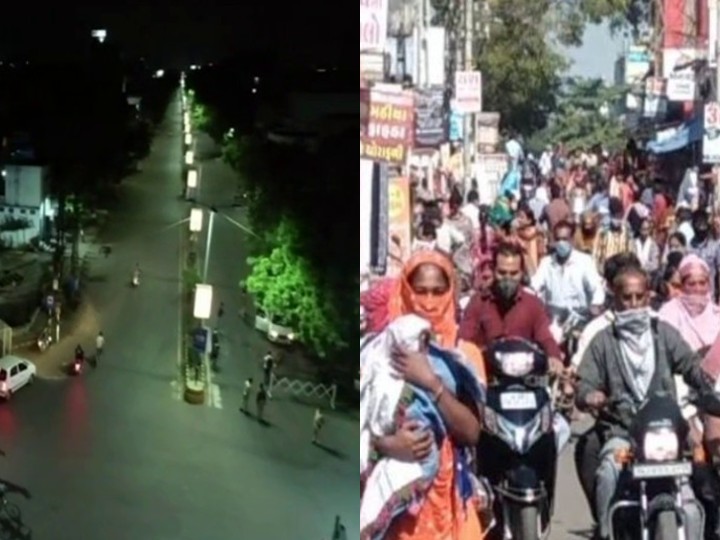 The Gondwali market in Rajkot is crowded during the day after the night curfew.

Half an hour before the curfew was imposed, all major markets, including Mangal Bazaar, Nava Bazaar, Rawpura, Dandiya Bazaar and MG Road, were closed. But as soon as the morning curfew was lifted all the markets were crowded. People showed up from the grocery store to the vegetable market.

The situation is similar on Kalawad Road in Rajkot in the Gondwali market. There were crowds in all markets from milk and groceries. However, due to strict police checks at Kalawad Road, Yagnik Road and Morbi Road in the city, the movement of vehicles was less compared to other days.

There has been such an atmosphere at the Punagam vegetable market in Surat since this morning, the city is being locked. The APMC market situation in Punagam is also the same. People fly by social distance when shopping for vegetables and veggies. Many appeared on the market without a mask.

There is a curfew in Ahmedabad from 9 am on Friday to 6 am on Monday. However, there are discounts for travelers coming from outside. Show tickets and they can come and go. At the same time, Manpa and the police made arrangements to provide food to the people living on the pavement and many labor bases. 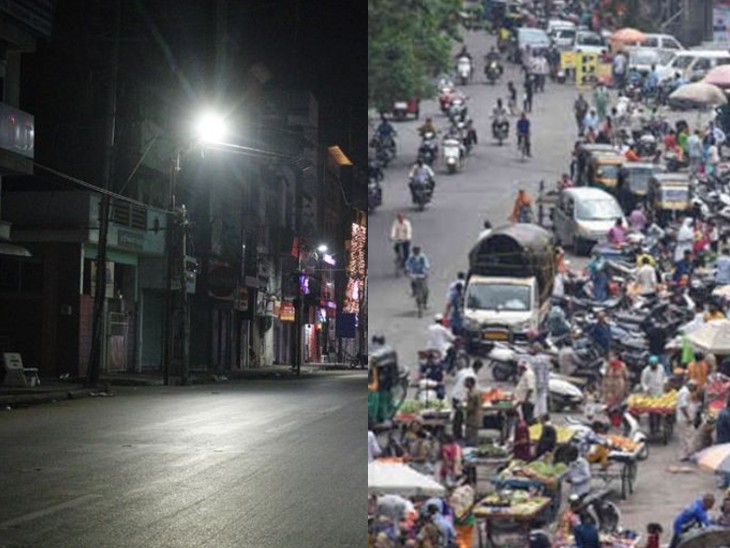 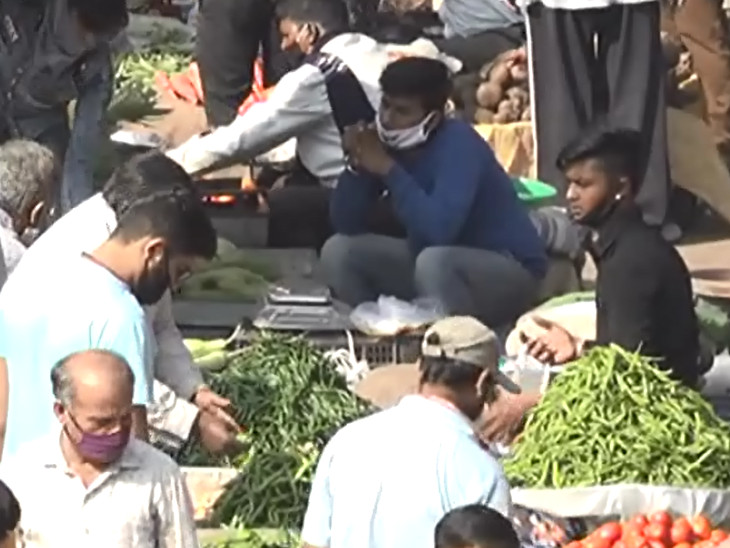 Many people appeared without mask at the Surat vegetable market.

Administration arguments are limited to papers
Enforcement action is being taken by the municipality where there are crowds in Surat. But, looking at these pictures, it can be said that the action is less on earth and more on paper. In terms of corona, Surat is the second most affected city in Gujarat after Ahmedabad.