Ms. Preity Zinta of the Kings XI Punjab team, who was unhappy at the VIP stand, jumped for joy after the thrilling victory.

The 43rd match of the 13th season of the IPL between Kings XI Punjab and Sunrisers Hyderabad was very exciting. Punjab, who lost the toss in the match, gave up a 127-run target while batting. In response, Hyderabad lost 4 wickets in 17 overs and scored 107 runs. Here the defeat of Punjab seemed almost over, which is why team mistress Preity Zinta looked so sad.

Following this, Vijay Shankar returned to the pavilion with 26 off the 5th ball of the 18th over. Hyderabad need 17 runs to win the last 13 balls. Then Chris Jordan and Arshdeep Singh of Punjab turned the match around 2-2. Khalil Ahmed was run out in the end and Punjab won the match by 12 runs. After this, Priti, who looked sad at the VIP stand, jumped for joy. 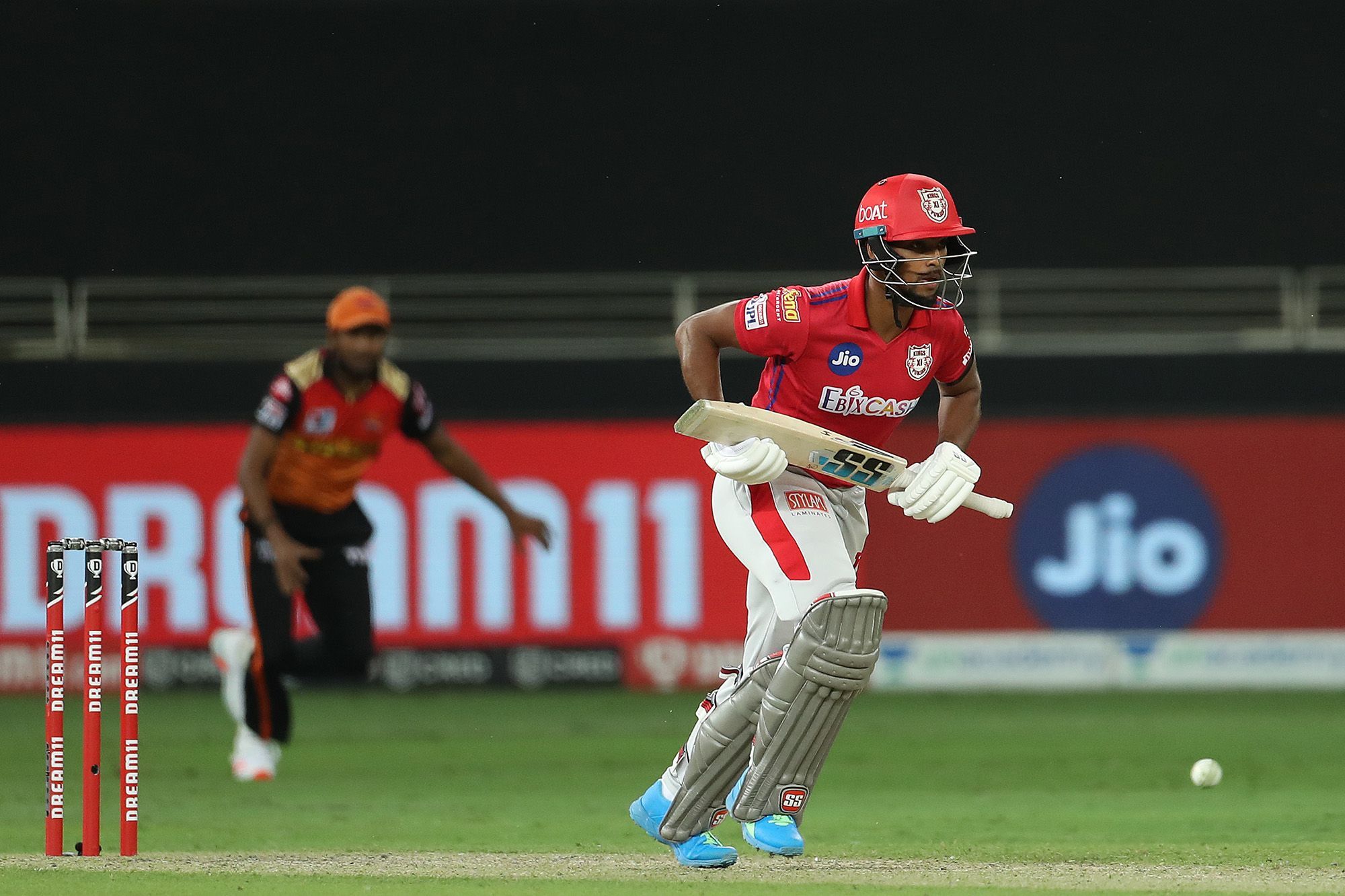 Nicholas Puran top-scored for Punjab with 32 runs. As a result the team scored 126 for 7 wickets. 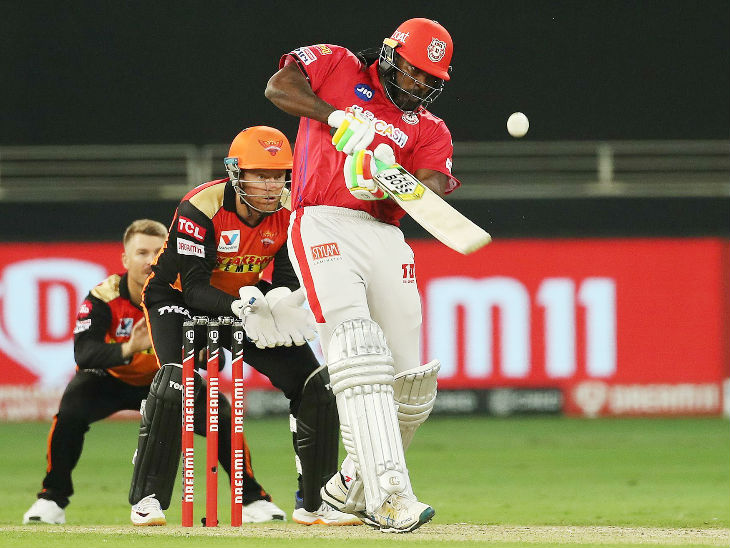 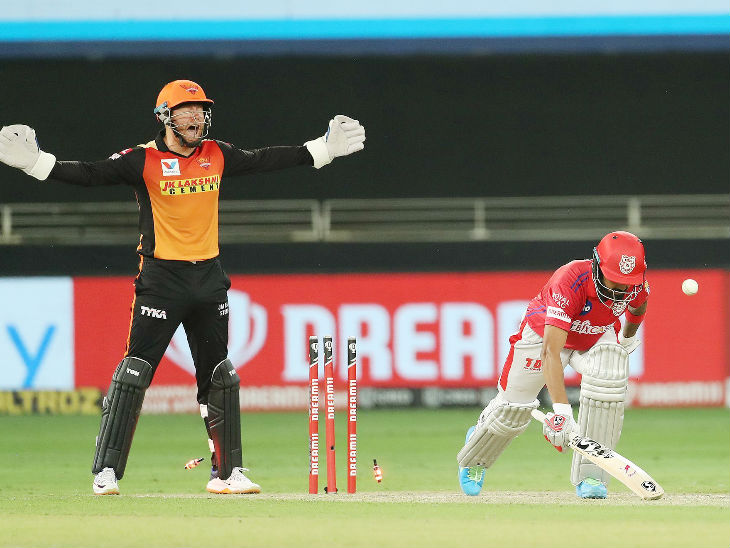 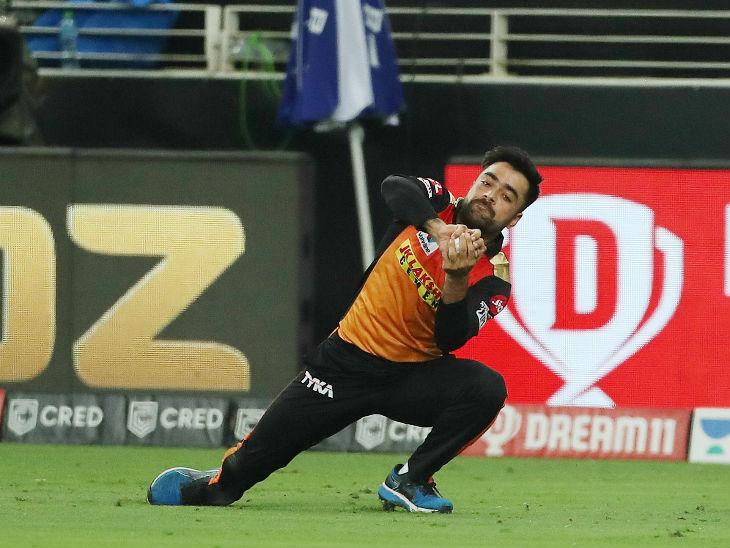 Rashid Khan from Hyderabad gave an excellent catch to Mandeep Singh. Mandeep scored 17 while Rashid took 2 for 14 in 4 overs. 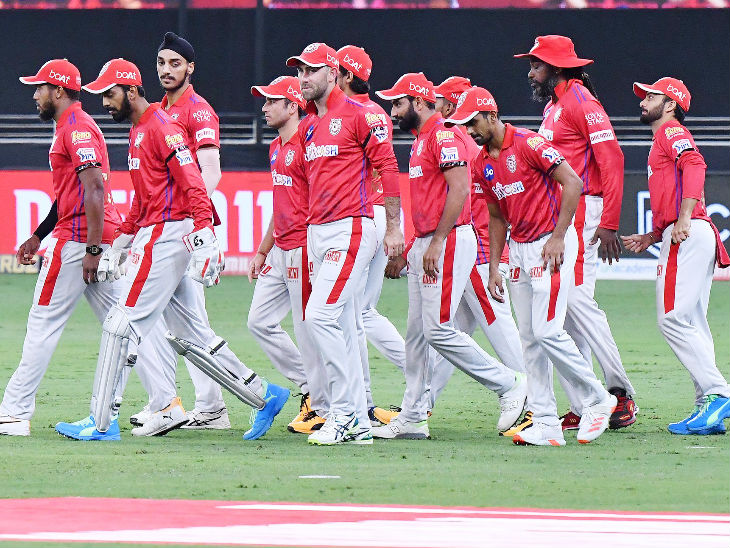 The Punjab team came out of the match with a black belt. True, Mandeep’s father Hardev Singh died on Friday. Punjab players formed a black band to pay tribute to him. 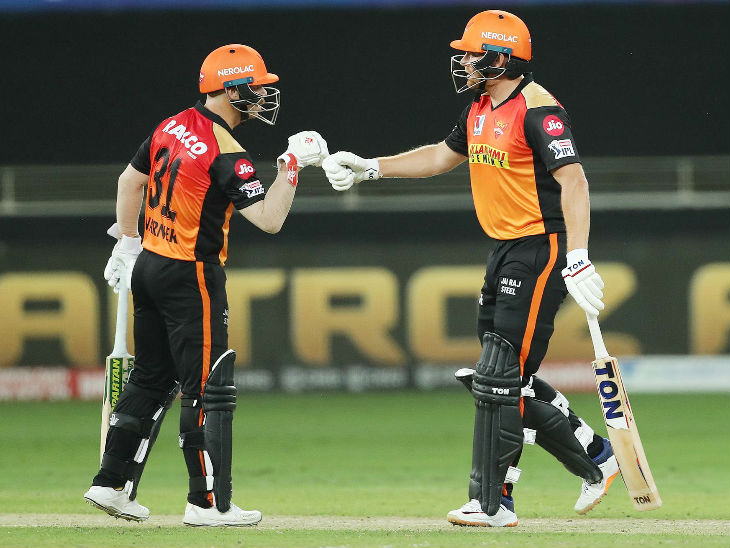 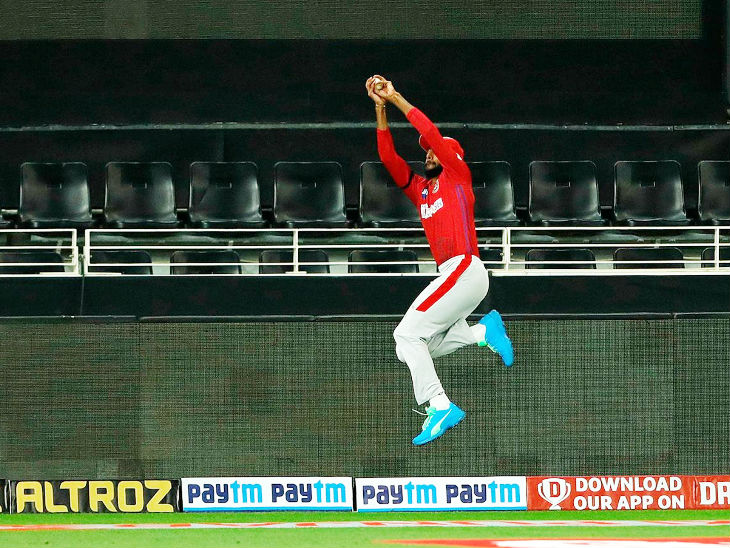 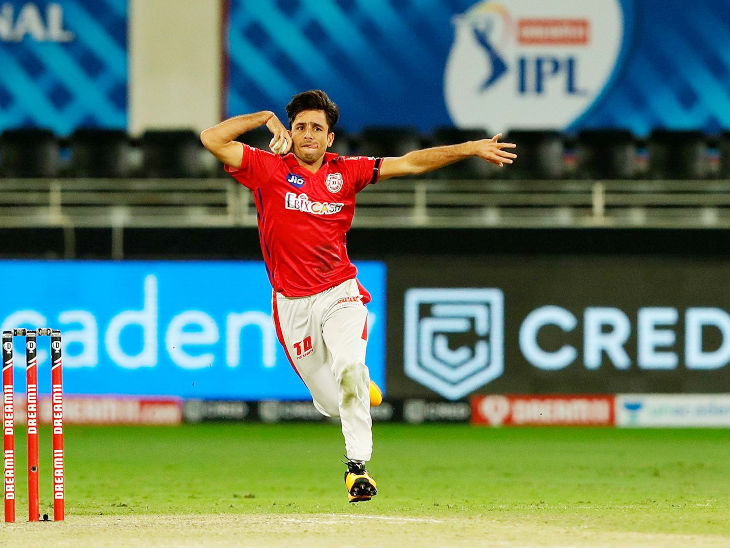 Ravi Bishnoi of Punjab took one wicket for 13 runs. He took a big wicket like David Warner. 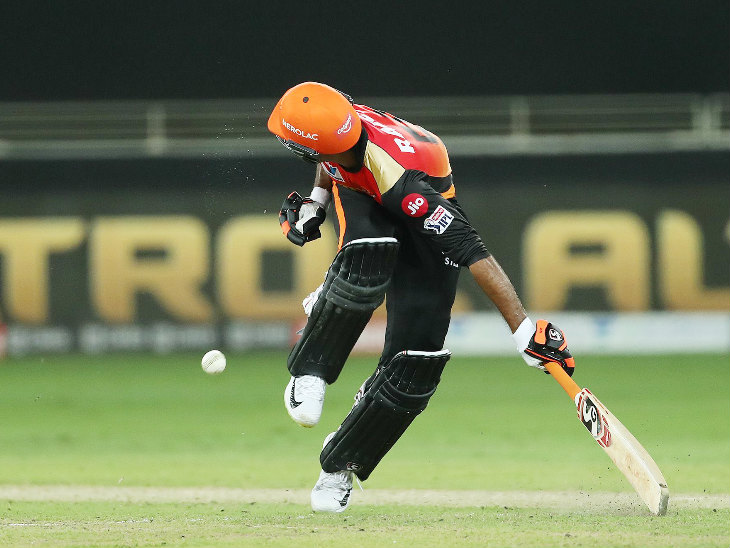 In the fourth ball of the 18th over, Jason Holder, who was on strike, struck for a run. Meanwhile, Nicholas Pooran hits a sharp throw to the stumps. 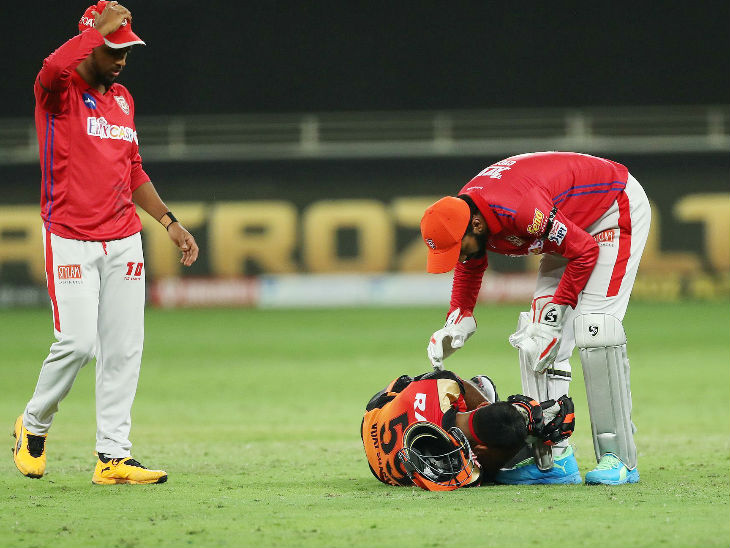 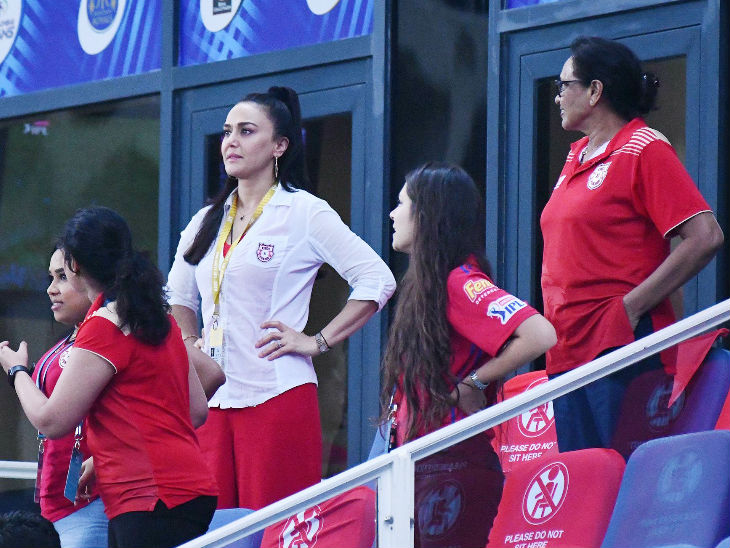 During the Hyderabad innings, Punjab’s defeat looked solid until the 17th over. Then the love of the team mistress seemed very sad. 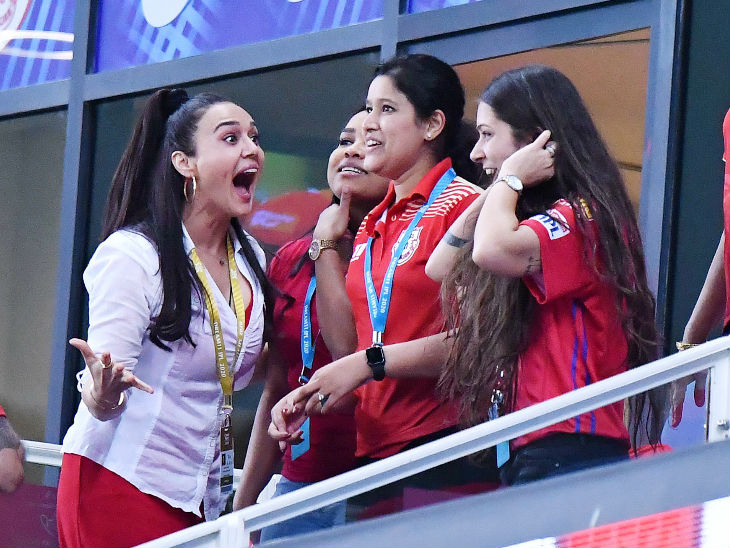 In the last 13 balls, Punjab gave up just 4 runs and sent 6 players from Hyderabad to the pavilion. After a thrilling victory, Preeti jumped for joy. 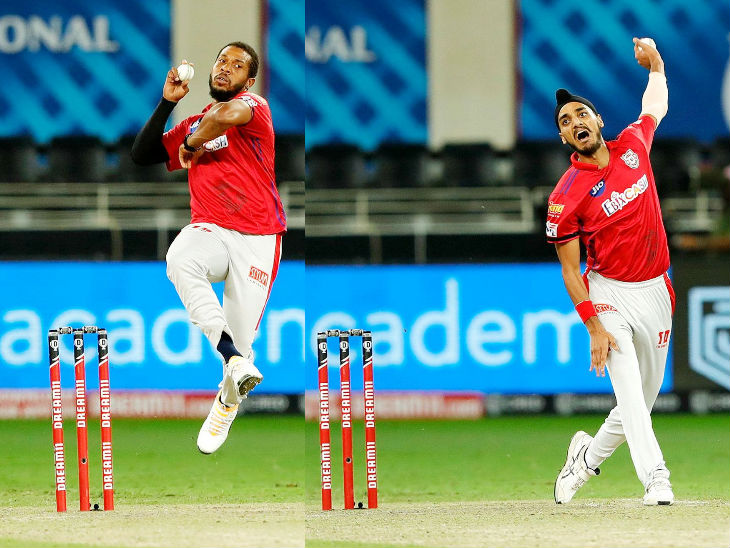 In the last 3 overs, Chris Jordan and Arshadeep Singh of Punjab turned the match around 2-2.