Prime Minister Narendra Modi spoke on the topic of climate change at the G-20 summit on Sunday.

Prime Minister Narendra Modi spoke on the topic of climate change at the G-20 summit on Sunday. “Our focus at the moment is on saving corona lives and the economy,” he said. In our view, the fight against climate change is just as important. India is not only fulfilling the objectives of the Paris Agreement on this issue, it is surpassing it.

“Our goal is to use 26 lakh hectares of barren land by 2030,” Modi said. We brought LED lights to a large population. It reduces carbon dioxide emissions by up to 380 tons per year. With the help of Ujjwala scheme we have done kitchen smoke free in over 8 crore homes. It is one of the largest clean energy drives in the entire world.

Explaining the government’s efforts, he spoke about the campaign to remove single-use plastic. Our forest area is going to grow. The population of lions and tigers is increasing. Our target of 175 GHz renewable power will be achieved before 2022. Now we want to achieve the 450 GHz target by 2030.

Our tradition of accelerating with nature

Prime Minister Modi said that India has adopted low carbon and climate development due to our tradition and my government’s commitment to nature. The whole world is growing rapidly through technology and financial assistance to developing countries. Every human being must develop for the prosperity of humanity. India is building the next generation of infrastructure such as metro networks, waterways and more. In addition to all these amenities, they also contribute to a cleaner environment.

The Chinese president also stressed the implementation of the Paris Agreement

Chinese President Xi Jinping told the G-20 summit that member states should come forward to combat climate change. The Paris Agreement on this issue must be adhered to. 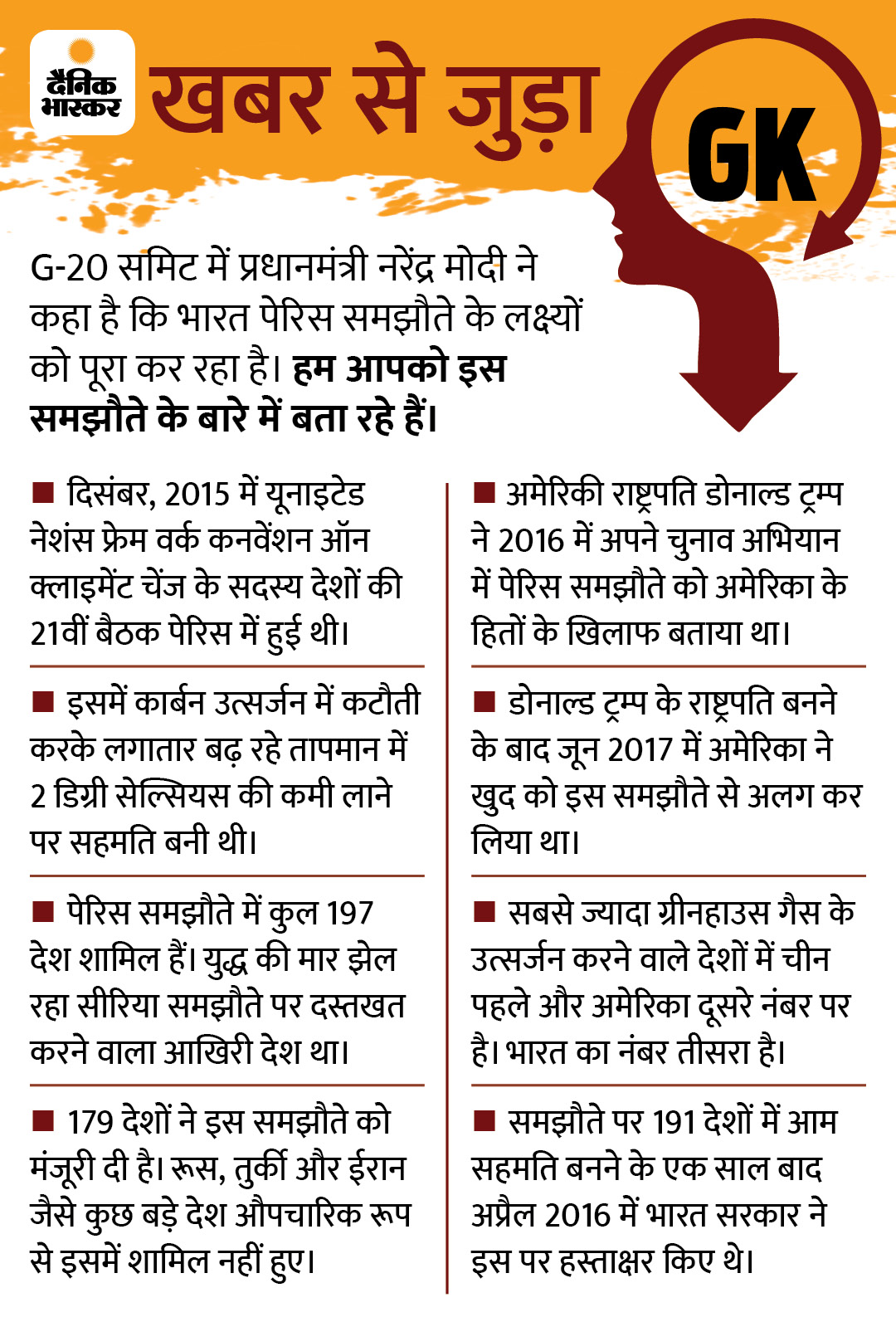